Wind and solar energy are quickly becoming one of the cheapest forms of energy across the world. This is leading to a booming growth in these two renewable energy industries, with several large carbon emitting countries vowing to expand renewable infrastructure in the coming decades to meet decarbonization efforts. Data on future global power expansion shows a potential giant leap forward in offshore wind production over the next five years.

In data collected by Bloomberg, an estimated 25 gigawatts of power capacity will be generated by offshore wind farms in the world during 2020. That’s expected to rapidly increase in the coming years, with total capacity predicted to more than double to 61 gigawatts by 2025. To put that amount of power into perspective, one gigawatt by itself contains enough energy to power 110 million LED lightbulbs. By 2025’s estimate, offshore wind farms will be contributing enough energy to power roughly 6.7 billion LEDs around the world.

According to Bloomberg, competition among offshore wind companies is rising as governments look to transition from fossil fuels. Onshore wind farms, however, have been more financially successful in recent years, with relatively easier installation allowing for a bulk production of wind energy in a shorter amount of time. The U.S., Europe, Japan and South Korea are gearing up for a surge in offshore wind energy in the next decade, with all eyes on Europe to see whether the potentially lucrative renewable energy will help with their bold climate targets set earlier in the year. 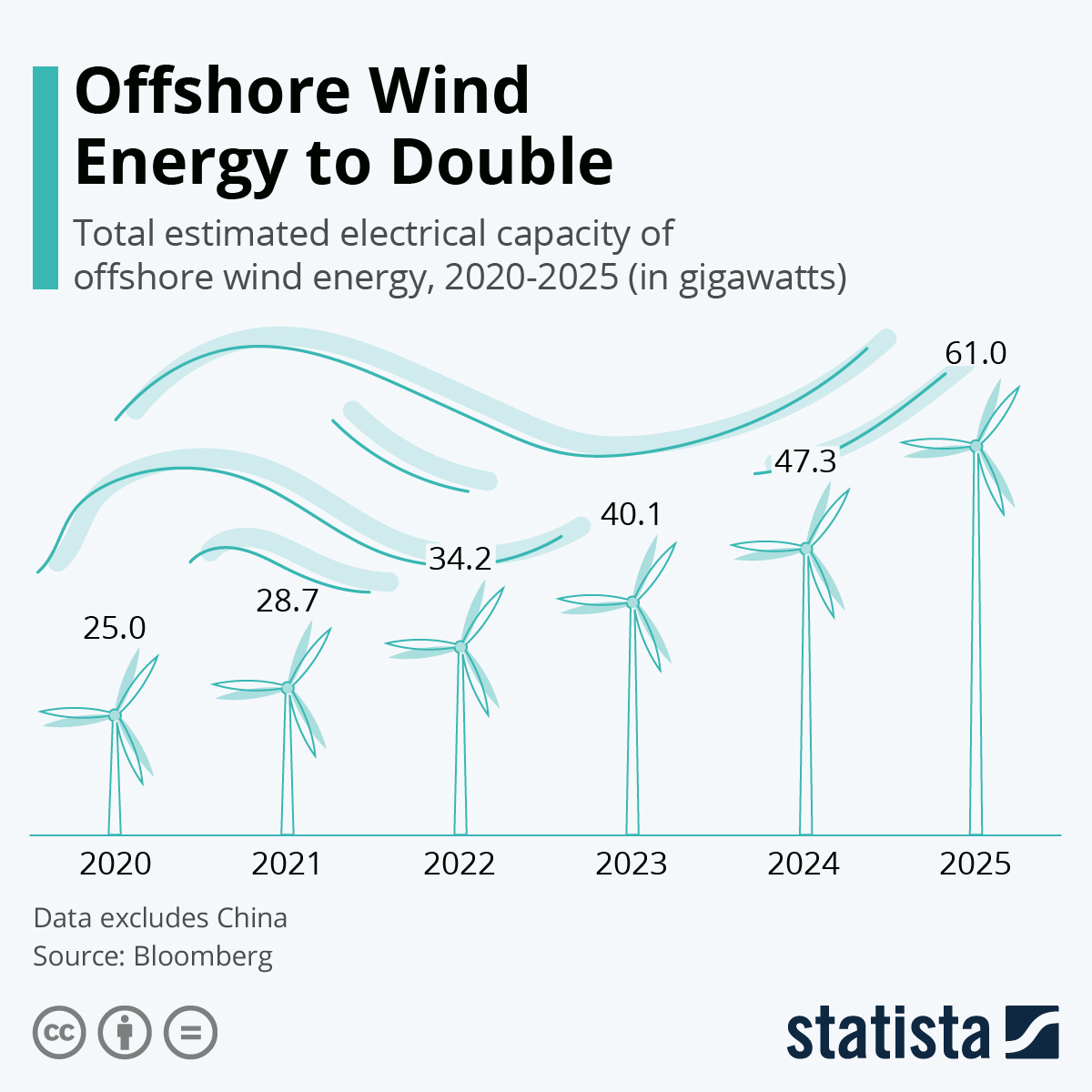 Climate change awareness appears to be creating substantial change in companies across the world, as a…

The U.S. officially removed themselves from the Paris Agreement on Nov. 4, an international coalition aimed at…